I began this project in January 2010, not quite a year after Stephen's passing.  I started it in a class at Road To California.  The class was called Making A Grand Entrance and it was taught by Kathy Kansier, a teacher from Missouri.  It was definitely a challenge class for me. After looking at her samples on line, I began to consider what I could make.  I had two photos of Stephen that had  been taken during my time with him.  One was a shadow picture that he took against a tree.  The other was one that I took on an outing to Dana Point.  I took both to class, hoping that the instructor would help me choose.  In the end, I decided that the shadow picture, though interesting, was too sad for me. 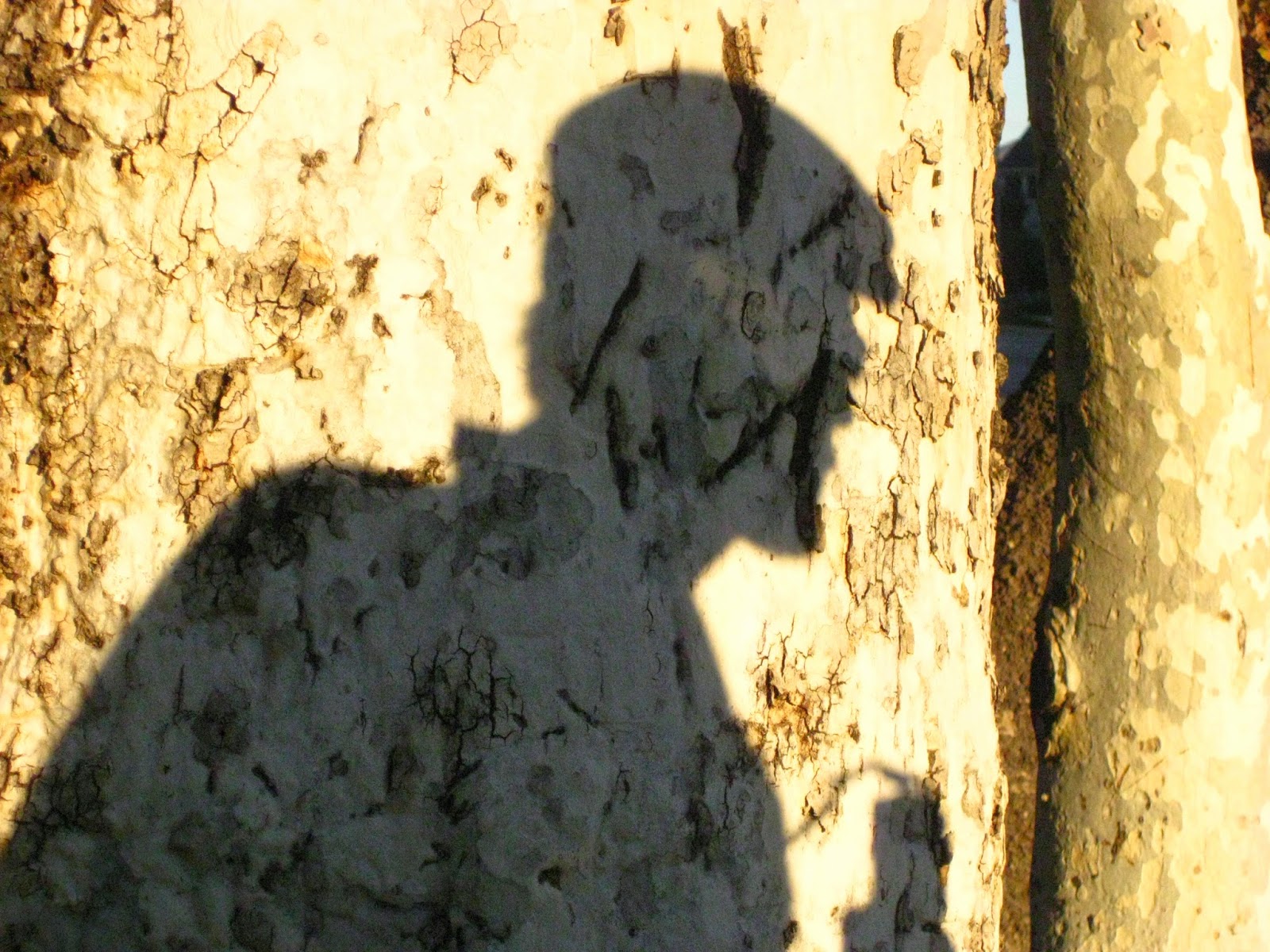 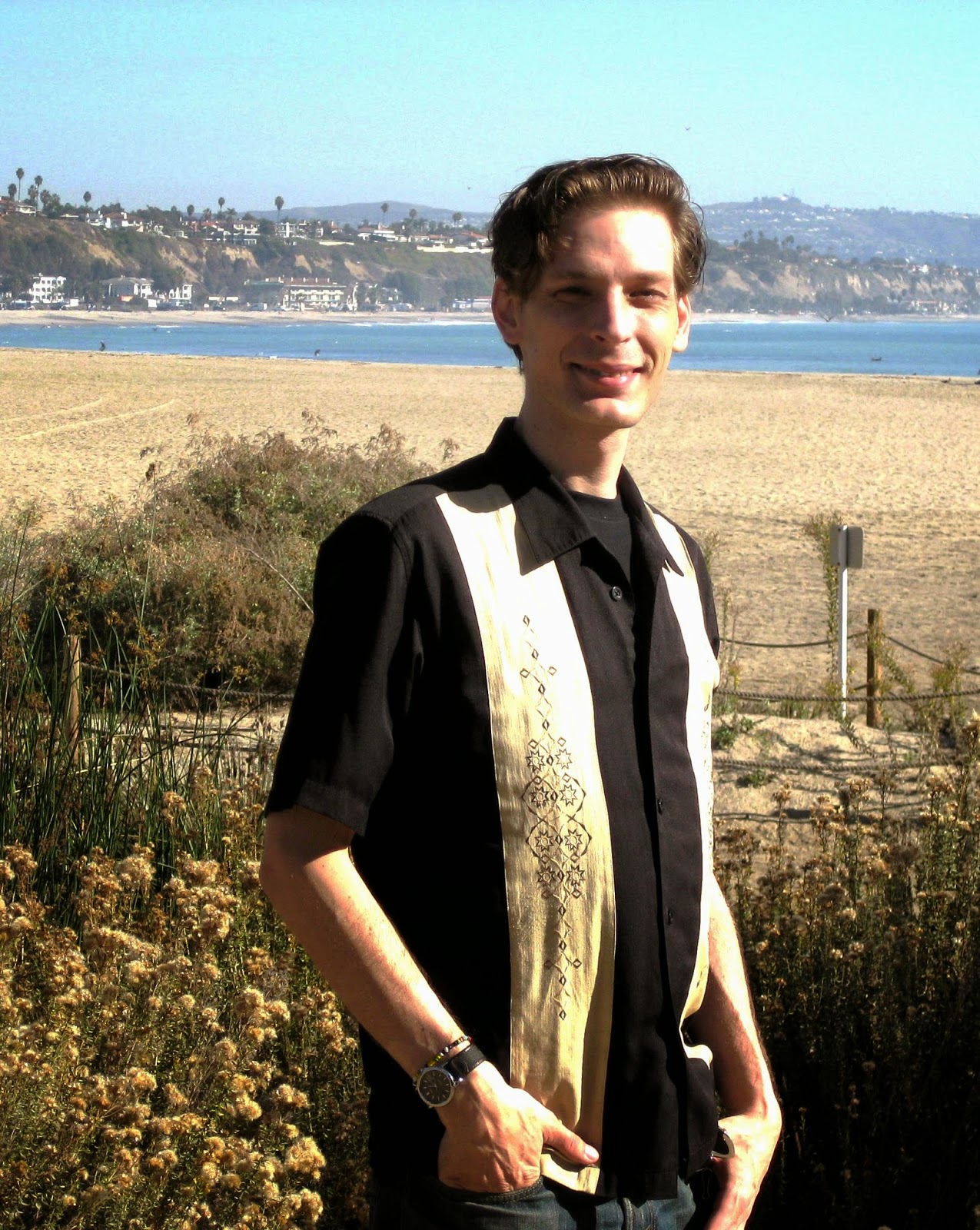 I also took along a picture of an arched window from Spain.  I wanted to use it to enclose the picture because Stephen had always wanted to travel to Spain. He was never able to fulfill that desire, but in 2012, his dad and I traveled to Spain with his brother, Jon and his family.

Here is the pattern that I managed to draft for my project.  I pretty much stayed to that size.  A picture of the window that was my inspiration is also shown. 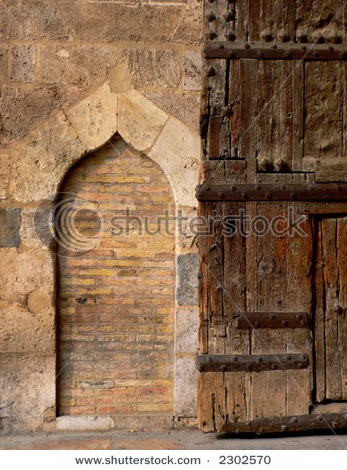 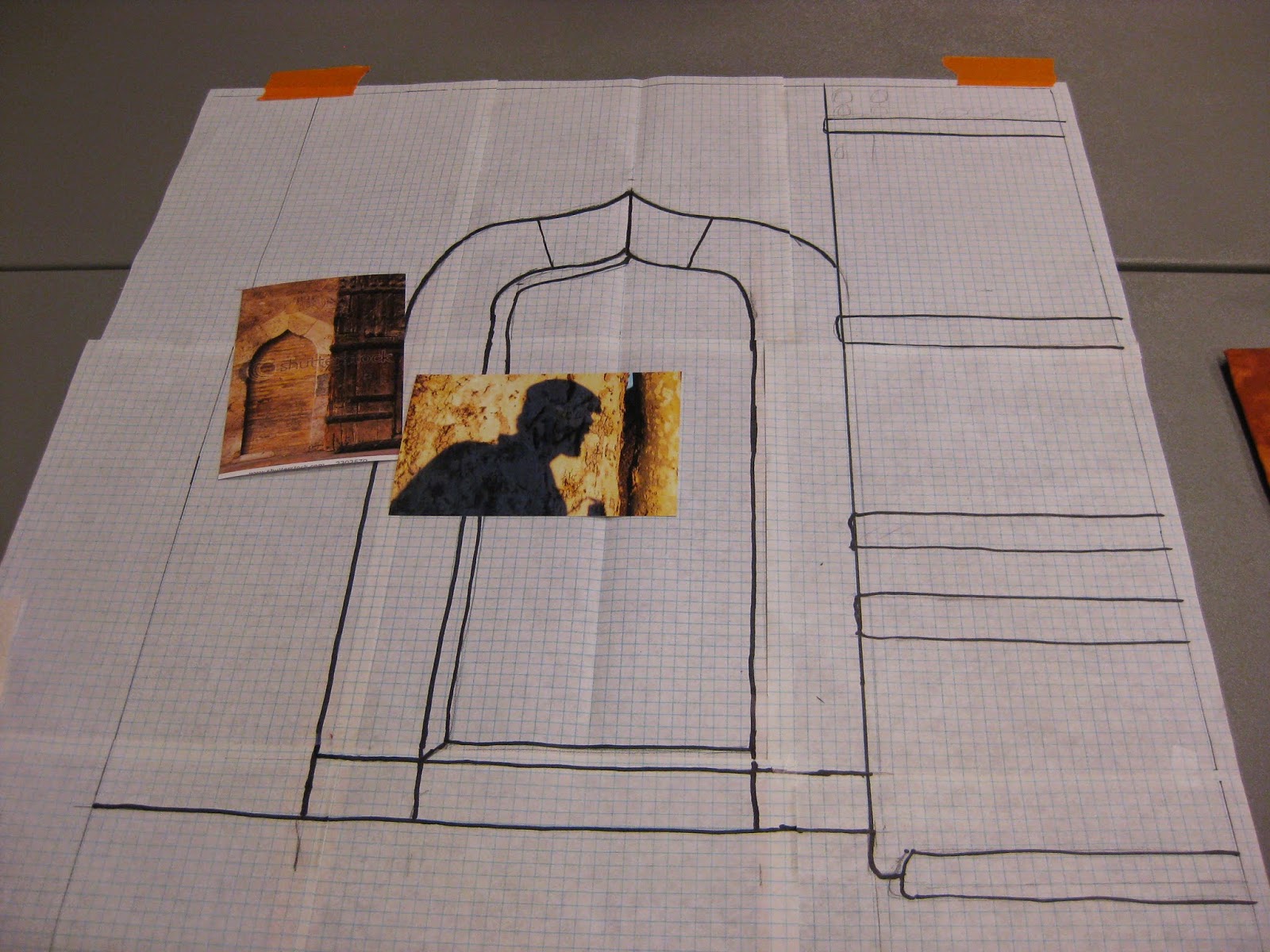 I found that I had to be in the mood and feel Stephen "speaking" to me in order to work on this project.  Part of me felt I should get it done.  Part of me wanted for it to marinate and speak to me about what to do next.  The project languished off and on.  I'd work on it a little and then put it away without making much progress. It provided a good opportunity to try out thread painting and quilting skills.

Below are pictures that might be labeled "in progress. 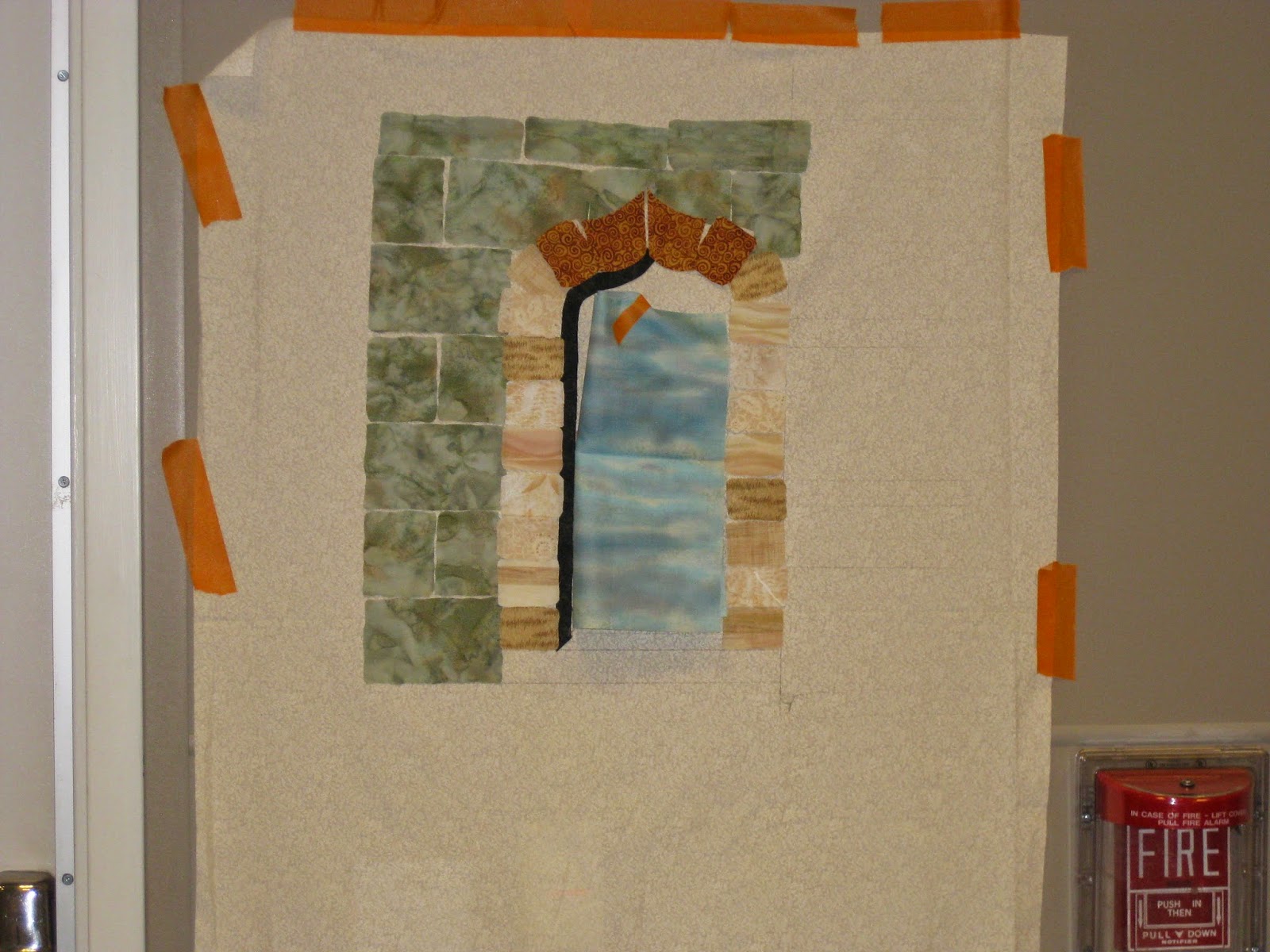 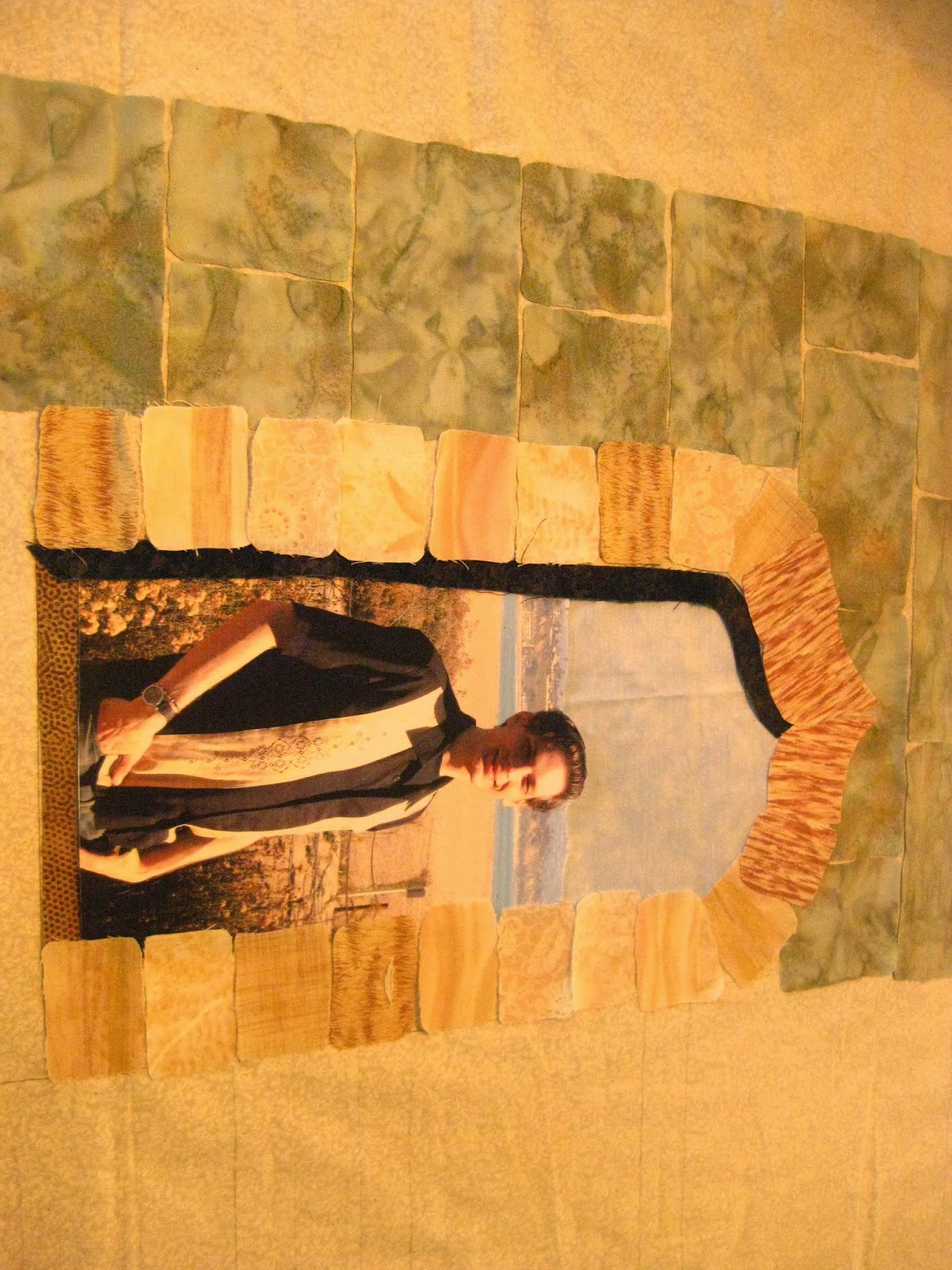 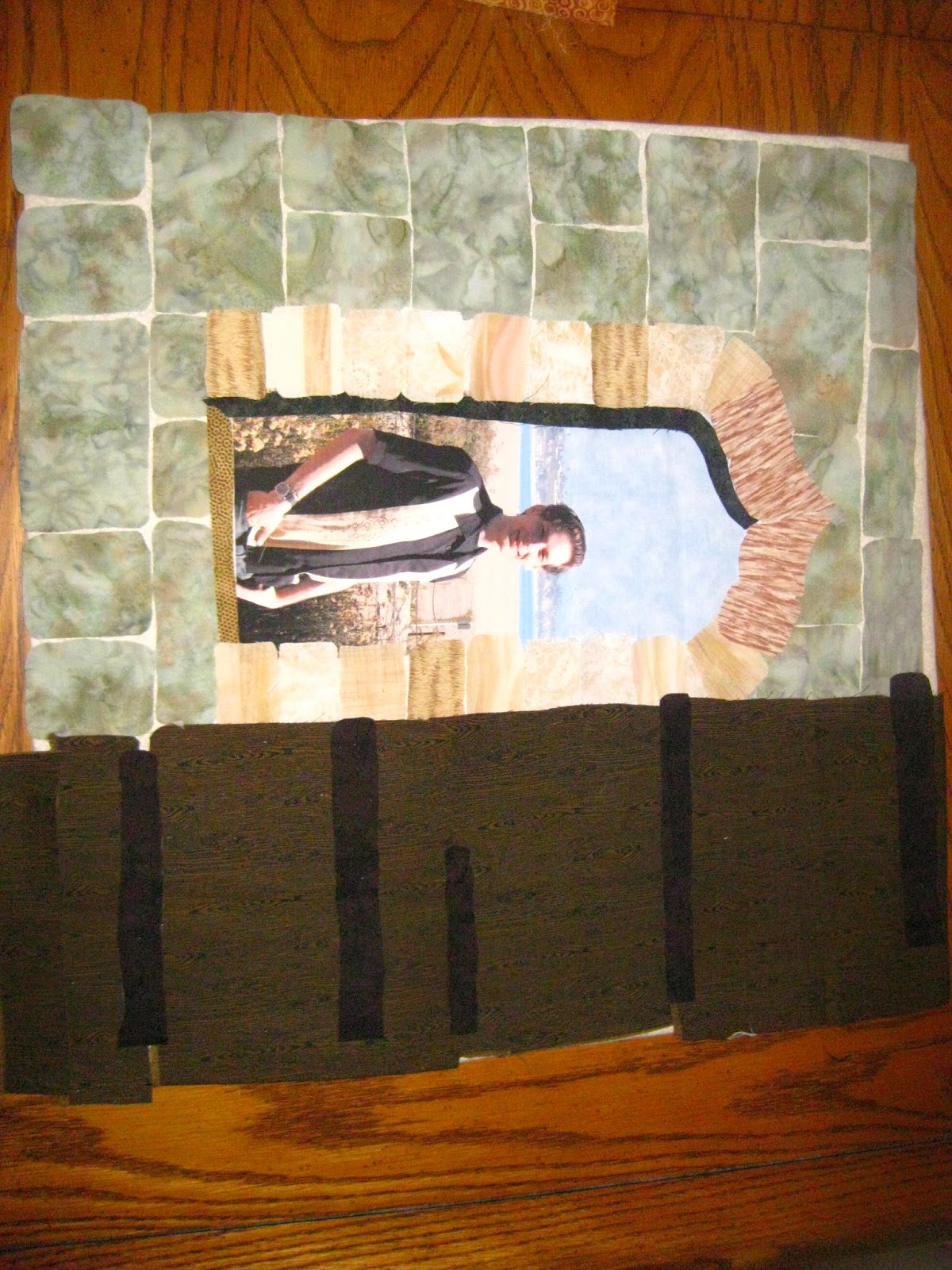 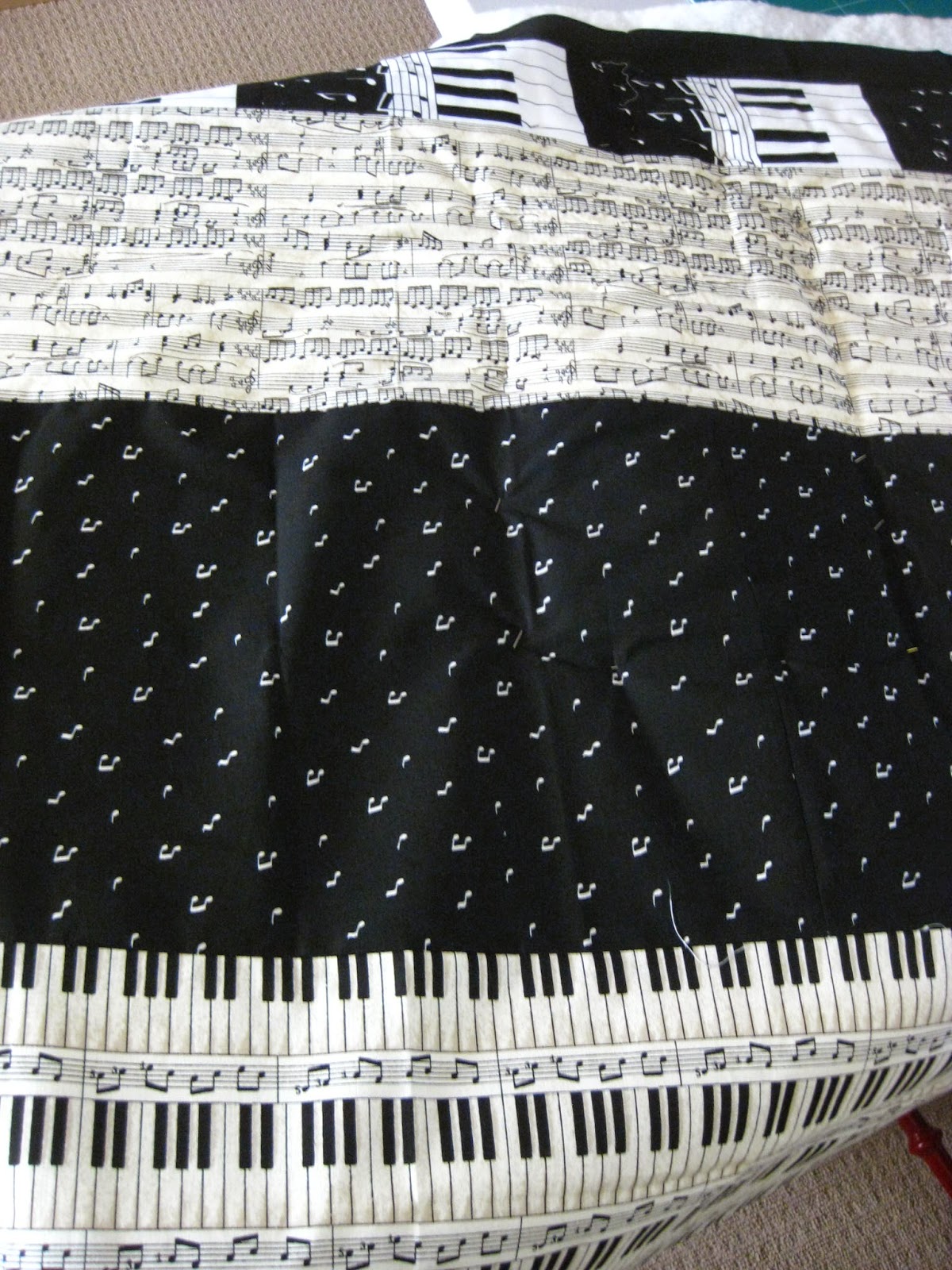 I knew I wanted the backing to reflect music so I used up lots of collected musical fat quarters and pieced them in no particular order.
I played around with the idea of adding foliage of some sort but I could never come up with exactly what I wanted.  For a while I thought about bougainvilla but I didn't feel skillful enough to create something like that.  So it sat, and sat, and sat until one day while looking through a Quit Arts magazine, I saw a quilt about cancer that had a lot of words on it.  I had my ah-ha moment........Stephen's quilt needed words.
We were coming up on Stephen's birthday on September 15th.  He would have been 38 years old.  I knew what I was going to do that day.  I was going to finish his quilt.  I sequestered myself in my sewing room and went to work.  With Stephen's spirit beside me, I have finished my tribute to my youngest son.  I love you Stephen. 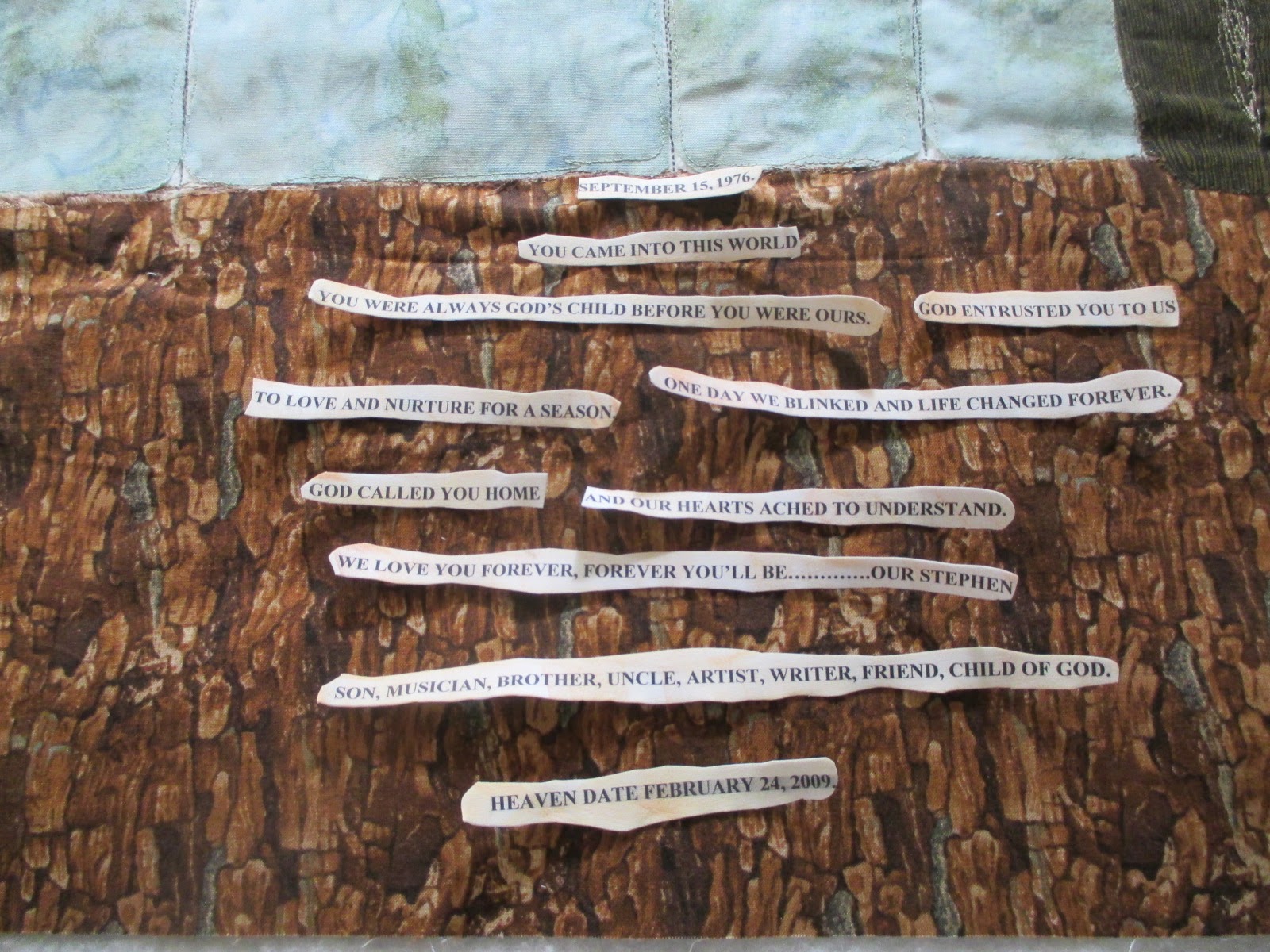 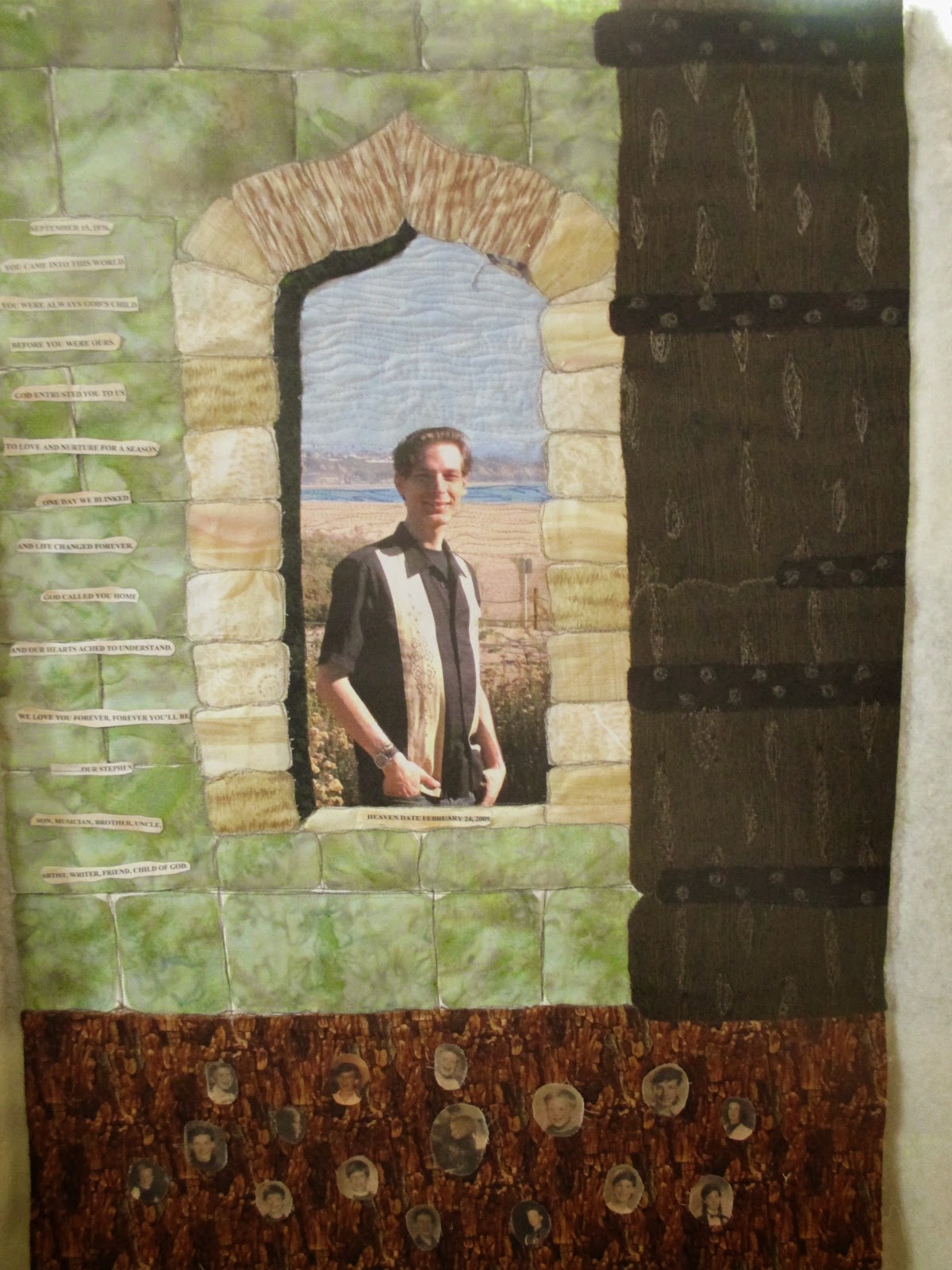 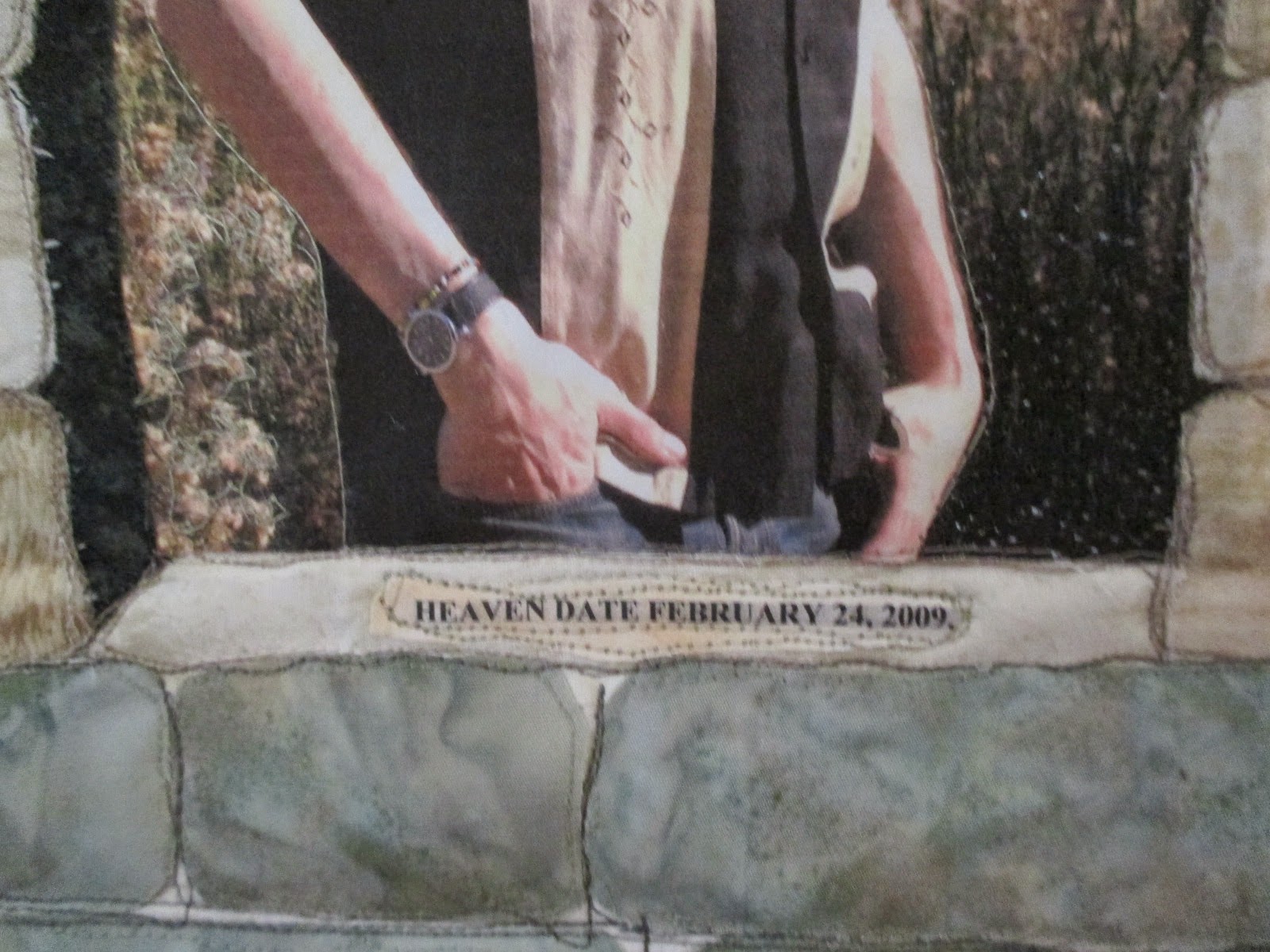 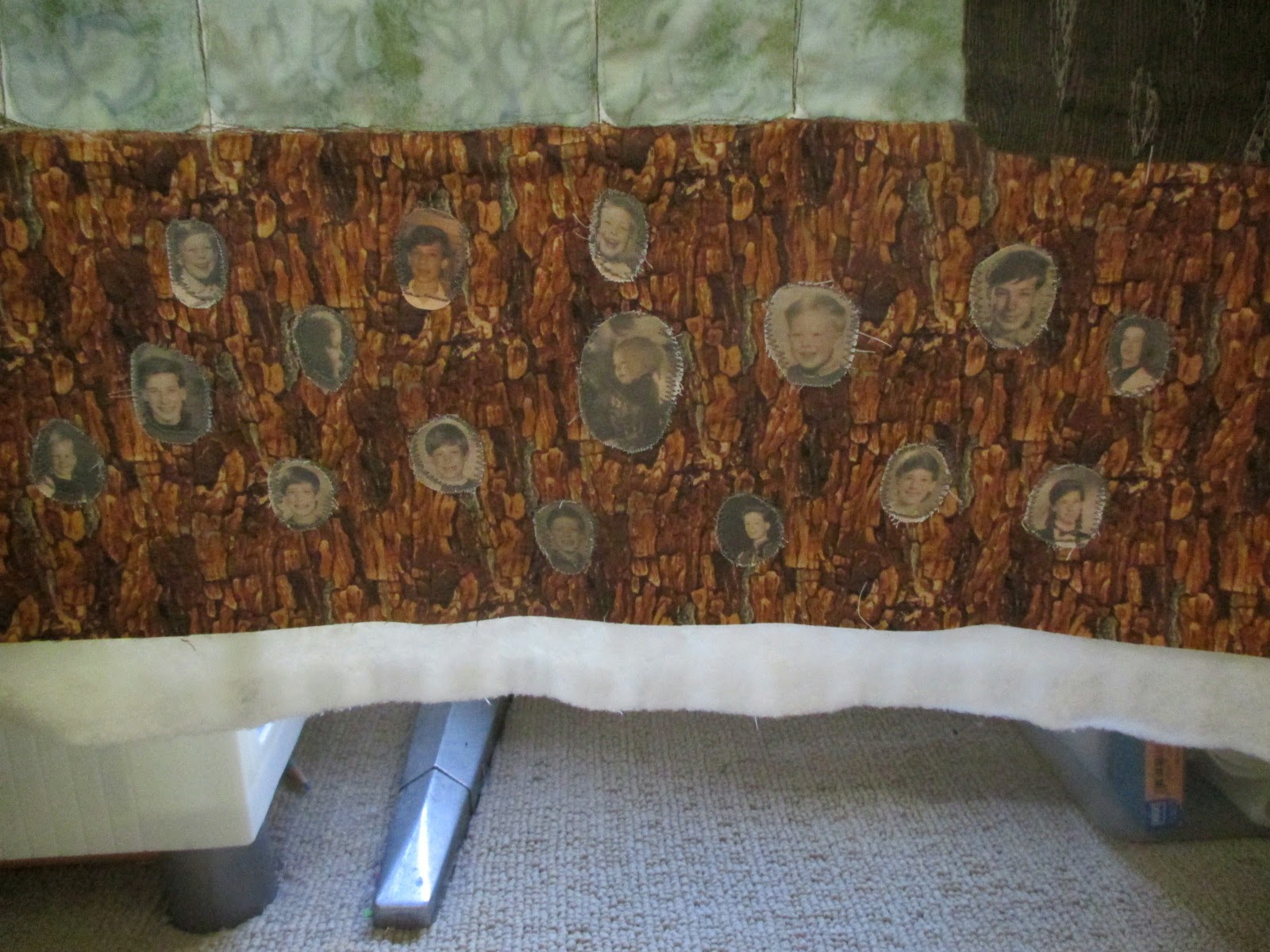 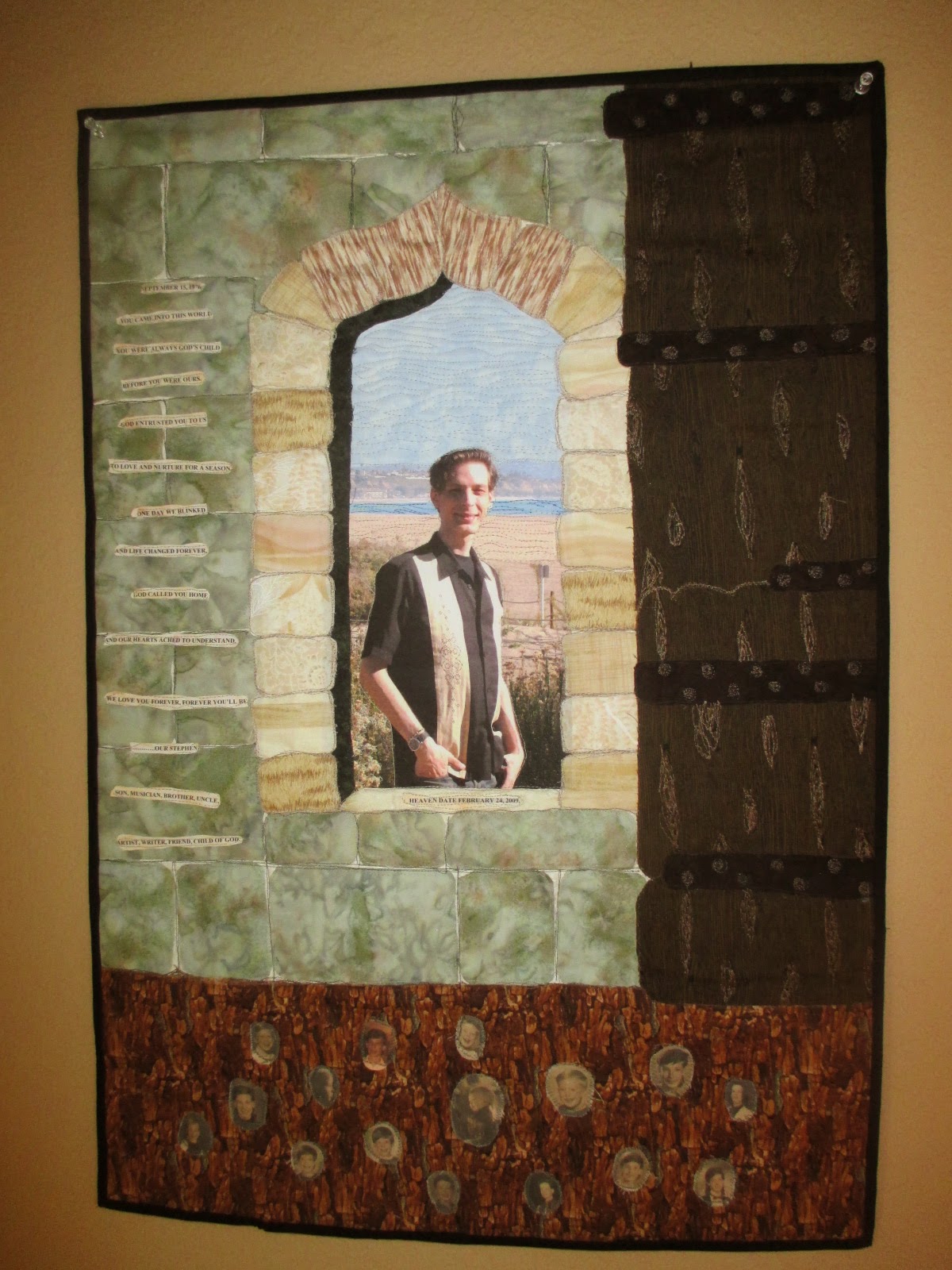 GOD ENTRUSTED YOU TO US TO LOVE AND NURTURE FOR A SEASON.

YOU WERE ALWAYS GOD’S CHILD BEFORE YOU WERE OURS.

ONE DAY WE BLINKED AND LIFE CHANGED FOREVER.

GOD CALLED YOU HOME AND OUR HEARTS ACHED TO UNDERSTAND.

On The Wall and In The Room

A project finished today!  I bought this material thinking about a sewing machine cover.  My previous sewing machine cover was made 30 years ago with a piece of pre-quilted calico.  It's been time to replace it for awhile.  I even made this one reversible.  Sometimes, a project just makes you happy.
This one makes me happy and it also cheers up my sewing/office space. 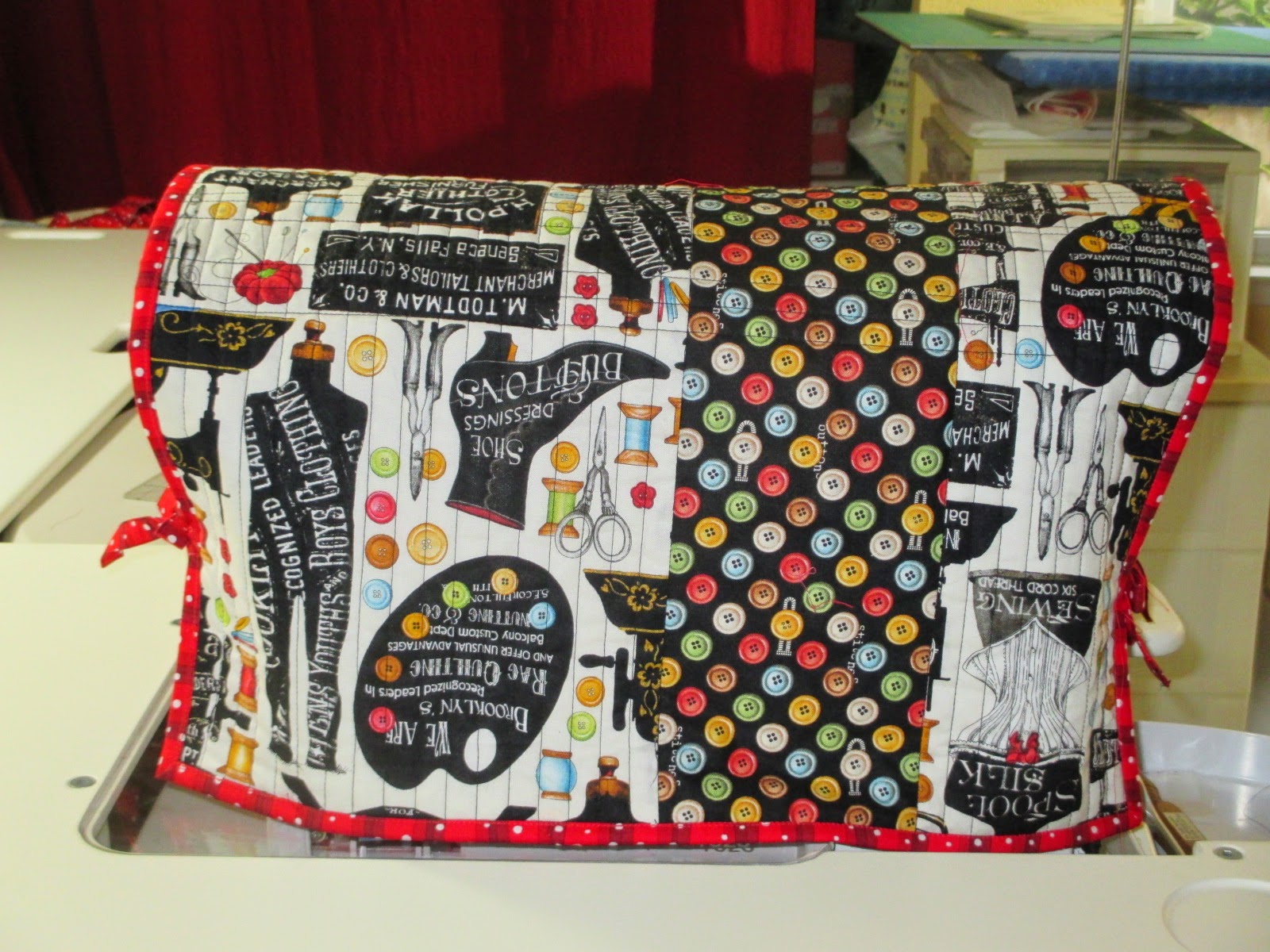 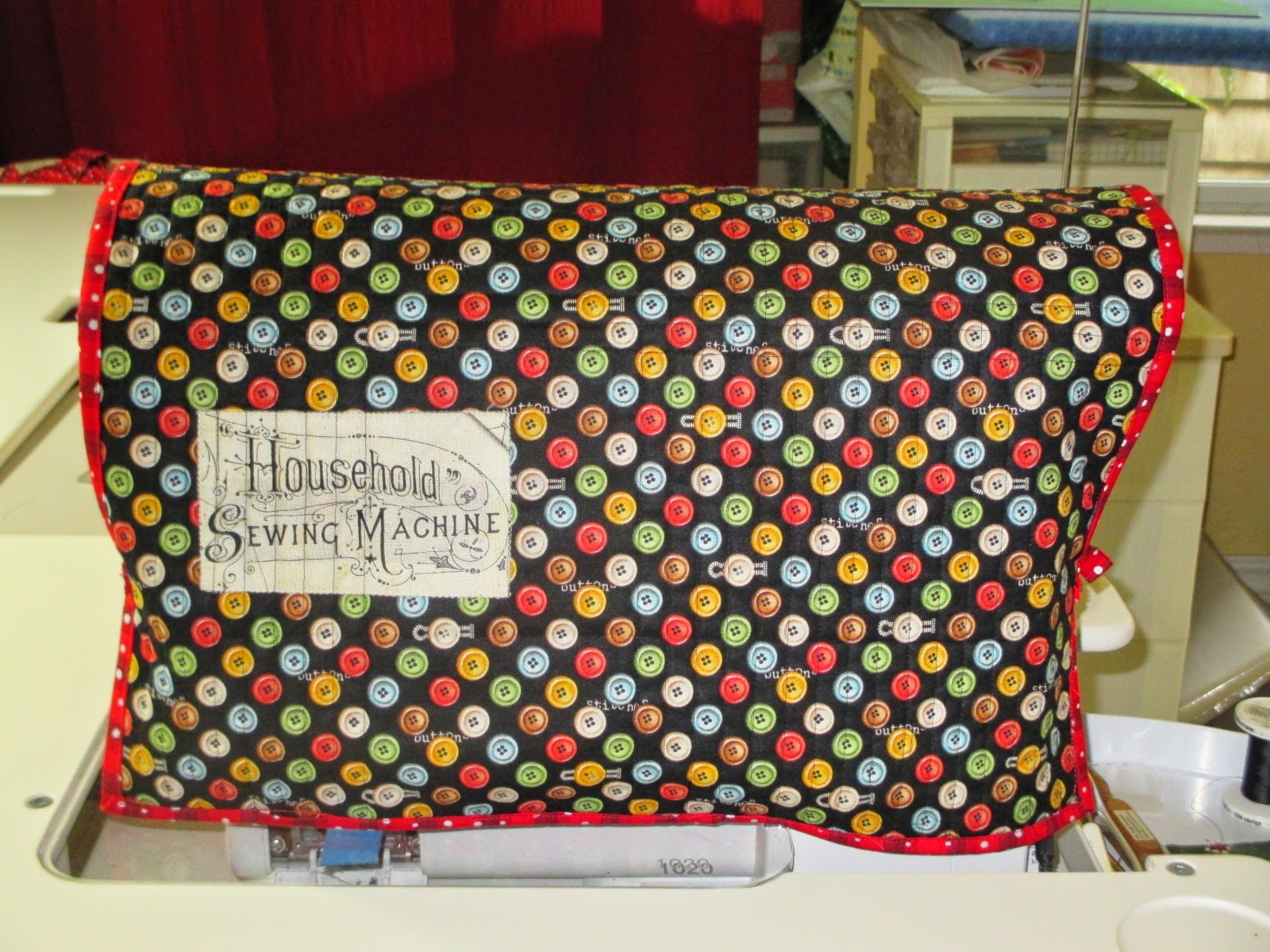 Other projects hang around on the wall waiting for finishing touches.  The two blocks were for practicing machine quilting.  The one on the right was a funky bird block that I didn't like so I cut it up and put it back together.  I call it "Chopped Bird". On the chair is a sandwiched community quilt ready for quilting at Quiltinators. 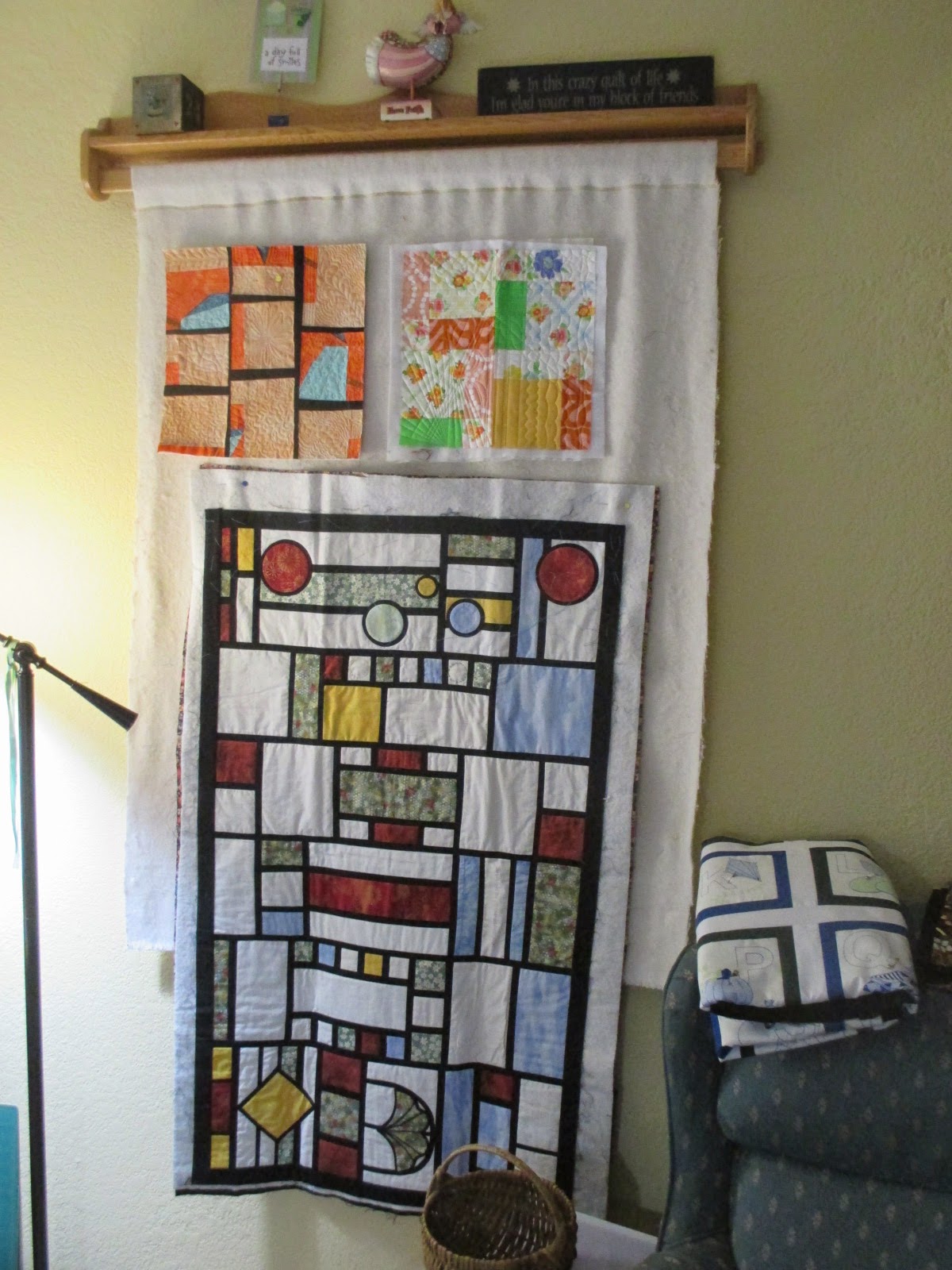 And finally in the spirit of finishing UFOs, I have finished the Southwest Bear wall quilt that I bought as a kit three years ago in Sedona, Arizona.  What I am going to do with it, I have no idea. 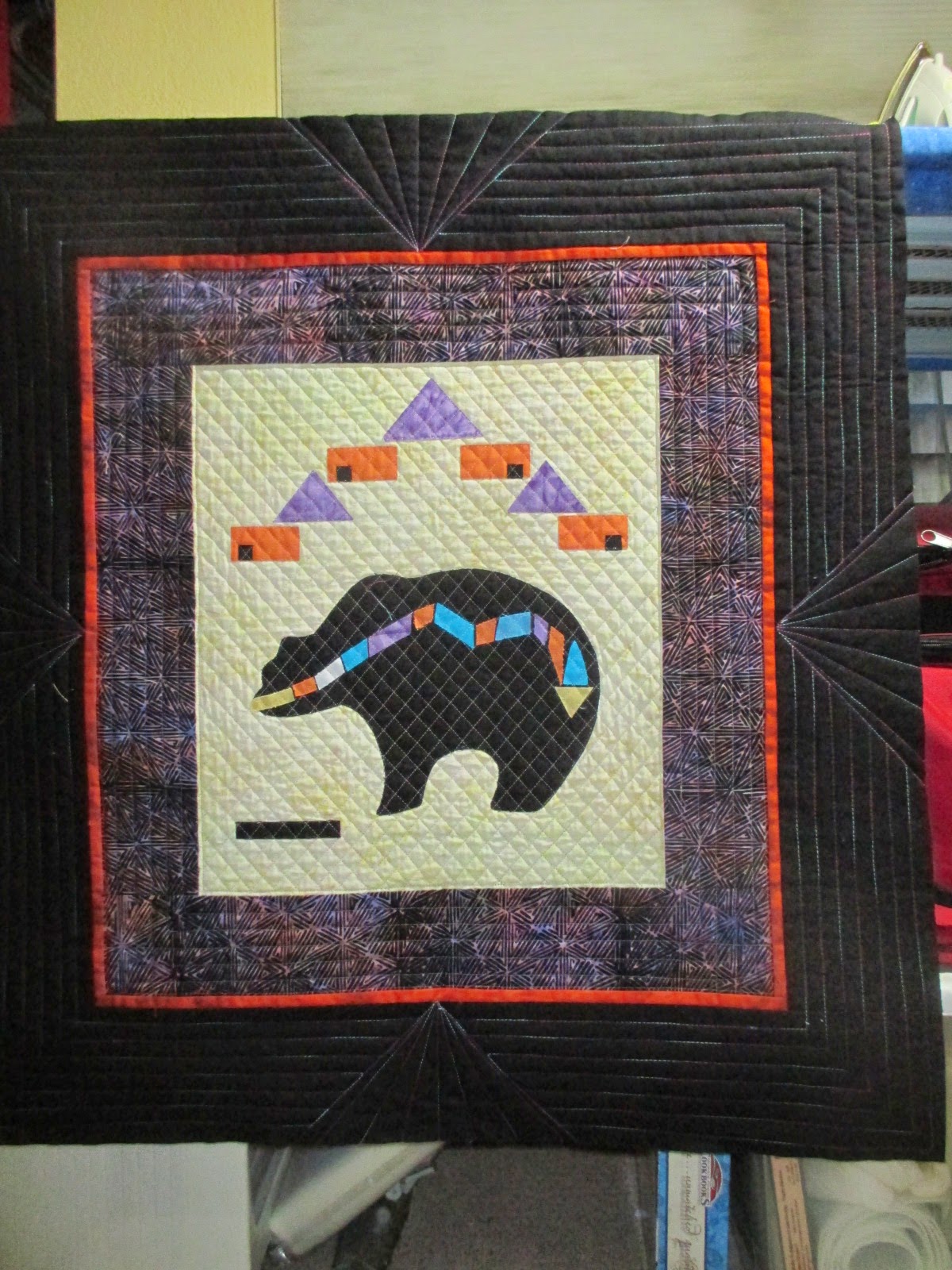 Also finished four table runners which I gave to my sister, my sister-in-laws and my DDIL. 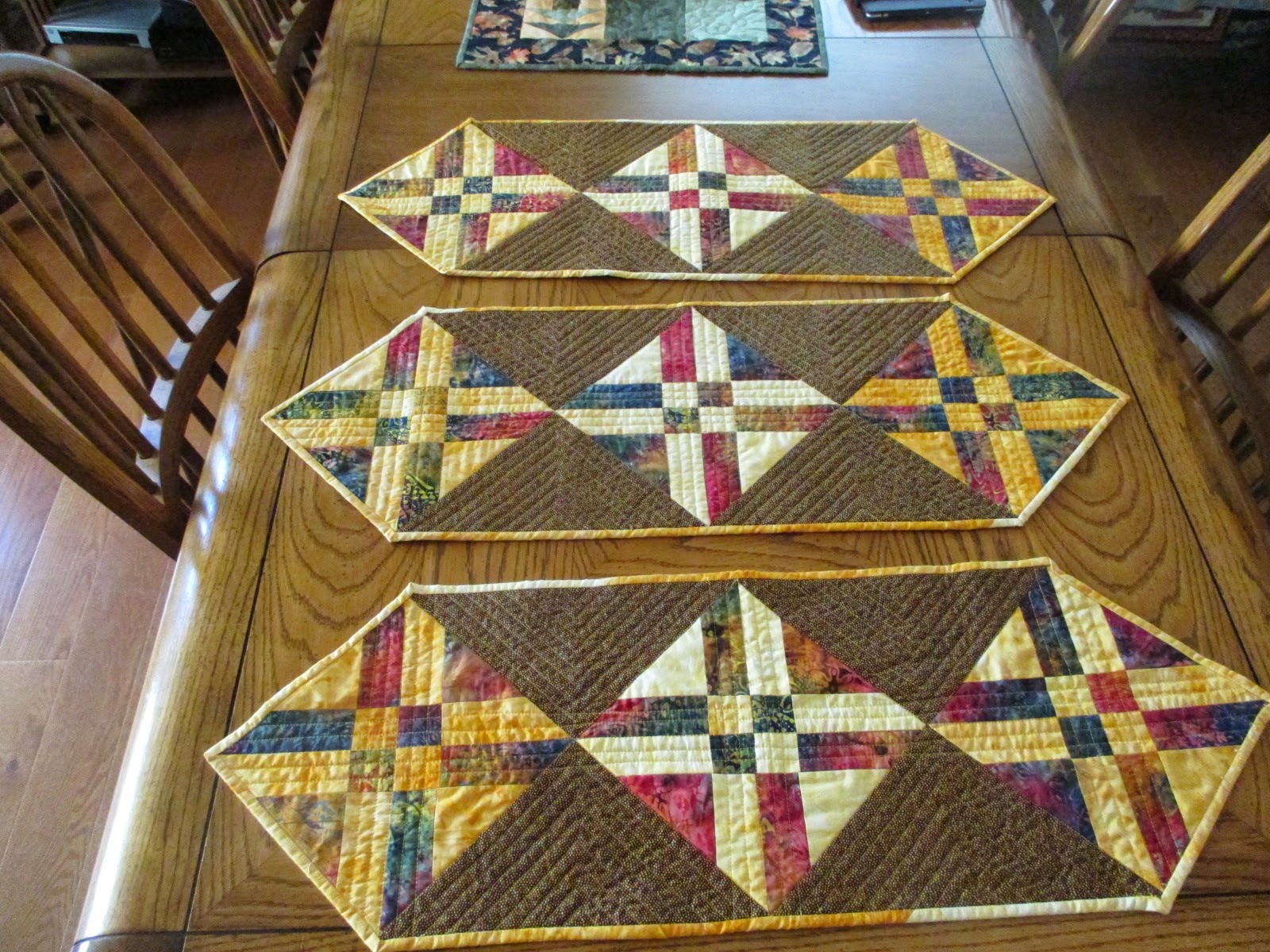 Posted by Leslie at 4:13 PM No comments: